How many are homeless in ABQ?

ABQ homeless numbers drop, but many live without a house

As part of our Curious New Mexico project, we received several questions about Albuquerque’s homeless population, including what is being done for homeless individuals with substance abuse or mental health concerns. UNM student Cynthia Baker looked at the question “Why does the homeless population seem to be so large in Albuquerque? There are always homeless people around Central, close to the University and off of Avenida Cesar Chavez.” 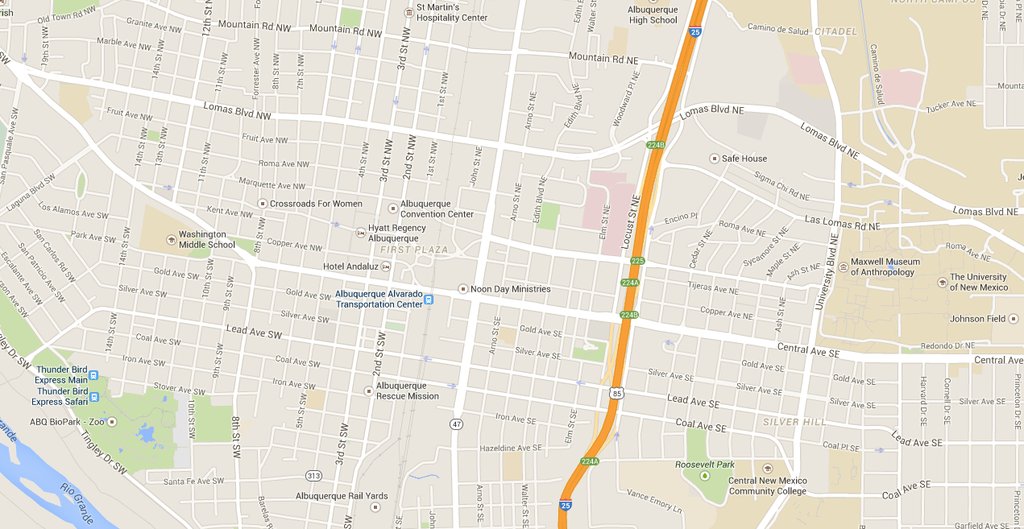 Much like the clients they serve, many of the agencies working to tackle issues surrounding homelessness are largely concentrated in downtown Albuquerque.

“The population is definitely spread out throughout the city, but at the same time there is a higher concentration downtown because that’s where the services are. That’s not to say all services are centralized, but a large number of them are,” said Cynthia Cisneros, development officer at Albuquerque Healthcare for the Homeless. Cisneros said access is often dependent on bus routes.

Tallying the homeless in Albuquerque

Periodic snapshots help measure whether agency efforts to end homelessness are having an impact.

“A volunteer effort during one week in January, called Point in Time, aims to get as close a number as possible during early morning outreaches,” said Kristin Fleming, Planning Assistant at the New Mexico Coalition to End Homelessness.

Founded in 2000, the mission of New Mexico Coalition to End Homelessness is “to assist communities to create solutions to homelessness from prevention through permanent housing by using action, advocacy, and awareness.”

“The hard part about New Mexico is that we’re a high poverty, high unemployment state. It’s not just about people being homeless. It’s about the overall ability to access resources. It can get really complicated,” Fleming said.

The number of homeless individuals in Albuquerque dropped by 832 between 2009 and 2013, according to Point in Time data. Results for 2015 are due to be released soon. Point in Time reports are found here. According to report methodology, the Department of Housing and Urban Development considers a person homeless if they are staying in emergency shelter, transitional housing, or sleeping outside in a place not meant for human habitation.

A Community Response to Homelessness, a five year strategic plan drafted by community leaders, established goals to help end homelessness. They include:

AHCH operates an integrated and comprehensive healthcare system, Cisneros said. “We take care of the whole person. We also believe housing is health care. As soon as someone gets housed, their health status immediately begins to improve,” Cisneros said.

According to the website, AHCH offers primary medical care, psychiatric, eye, dermatology, podiatry, and other specialty clinics, as well as social and behavioral health services. They offer a voucher program for clients with medical diagnoses who need shelter for recuperation.

Providing housing for the most vulnerable

Launched in 2012, the Albuquerque Heading Home mission states the organization envisions “an Albuquerque where homelessness is rare, short-lived, and nonrecurring.” The program specifically targets people who are medically vulnerable and chronically homeless.

“Our definition of ‘medically vulnerable’ comes from a nationwide study that determines the most likely reasons why someone would die living on the streets. The reasons are: acute medical conditions such as heart disease, lung disease, liver disease, and kidney disease. Our program specifically targets people who have those medical conditions,” said Angie Scherbarth, program manager for Albuquerque Heading Home.

“In the first year, we were able to get 75 people into permanent housing. To date, 370 individuals have been helped, with an 80 percent retention rate,” Scherbarth said.

“We’re implementing a centralized intake system so if anyone receives services from any of the agencies in town, they are all going to be in one database so that we are able to identify them, but also be sure the right people are considered for housing in their vulnerability order,” Scherbarth said.

“We have recently expanded to help house veterans who are not able to access VA services, and we’re also helping families,” Scherbarth said.

Overall, Scherbarth said the program is helping reduce the number of homeless people on Albuquerque’s streets.

“The target population we are trying to help, we are definitely reducing that number,” she said.[/text_output][share title=”Share this post” facebook=”true” twitter=”true” google_plus=”true” linkedin=”true” pinterest=”true”][/vc_column][/vc_row]

What are the white bikes around town? What is New Mexico’s oldest building?

This spring, student reporters in the UNM C&J department are bringing back Curious New Mexico. This project started in 2014, inspired by the WBEZ Curious City project in Chicago. Community members asked us questions like what is the oldest building in the state and are there dead bodies and giant catfish in Elephant Butte, and […]

Recently released city of Albuquerque data about its 311 hotline shows Albuquerqueans who call the number are looking for info on bus routes, trash removal and animal services, among other topics. The data gives a snapshot of the phone line, which started as a way to centralize all non-emergency calls about city services. Students in an […]

When Will UNM’s Johnson Gym be Renovated?

By Tomás Moya and Julian Chavez/NM News Port As part of our Curious New Mexico project, UNM senior Jaylee Caruso wanted to know when students can expect to see renovations at Johnson Center. After years of planning and meetings, the board of regents announced in February the authorization of $55 million in bonds, $35 million of […]

Congratulations to News Port! The judges for the Society of Professional Journalists’ Mark of Excellence Awards named this site its “Best Independent Online Student Publication” for 2019. Read about our exceptional regional and national honors!

Can you believe we just turned 5 years old?! If you’d like to help us get to age 10, please support The Port! You’ll help grow student reporters committed to high quality, ethical journalism for New Mexico.  Donate to the Fund for Journalism Innovation at the UNM Foundation!

How are you experiencing COVID-19? We want to hear from you.

Help us report on the coronavirus outbreak by sharing a tip or personal story. We’ll never identify you without your permission.

Check out our news partner New Mexico In Depth and their coverage of criminal justice, politics and other statewide issues.

Visit the venerable Daily Lobo, our reporting collaborator on issues that affect the University of New Mexico.