When University of Pennsylvania swimmer Lia Thomas won a national championship event in March, 2022 some saw it as a monumental victory for a trans athlete. But others felt that it was unfair for the other women that she competed with and against.

New Mexico has the third highest percentage of transgender residents, making this a topic that is more relevant to the 505 than people may realize.

“I’m probably different from a lot of athletes because I’m a pure competitor, I’ll compete against anybody, I just want to win, regardless,” says Nike McCLure, a UNM assistant women’s basketball coach and former collegiate and professional basketball player.

McCLure, who was a forward for Anorthosis Basketball Club (Cyprus) and CAB Madeira (Portugal), says she has played against women and men and defeated both. “I take it all the same, so it’s not an issue to me,” McClure says.

McClure says she is not the type of person to complain about things being competitively unfair. She says that she would rather just figure out a way to overcome a disadvantage and learn to win another way.

Not all athletes feel the same way.

Tianna Holmes, a track athlete at UNM, said having a transgendered athlete as a teammate wouldn’t make her uncomfortable and she would still support them like any teammate.

But she also said it wouldn’t be fair for her to compete against a transgender athlete because of the biological advantages of men in track.

“Their lungs are bigger and they have more muscle mass,” she says.

For example, Katie Ledecky, the greatest female swimmer of all time, would have placed 32nd in the men’s 800-meter competition at the 2020 Summer Olympic Games. Her medal-winning time was nearly a full 23 seconds slower than the mens’ winner.

Advocates argue that athletes who have transitioned from male to female aren’t the same as men and shouldn’t be treated that way. At least one analysis has shown that Lia Thomas doesn’t have an unfair advantage despite her transition.

Thomas’s NCAA-winning time of 4:33.24 in the 500-yard freestyle, which was a program record at Penn, would not have been within 10 seconds of any of the top 50 swimmers in the men’s event.

Still, 16 female University of Pennsylvania swimmers wrote a letter of protest and sent it to the NCAA. Another letter, this time posted on Twitter, demonstrated the extreme displeasure of some of Thomas’s competitors.

Some UNM women told us it’s not an issue. Statistics show that male golf players drive the ball much farther than women players, but women’s golf team member Chloe Lauer says competing against a transgender athlete wouldn’t be any different from any other opponent. She has played in several tournaments that mixed male and female players.

Lauer pointed to runner Caster Semenya as an example of how gender has become a flashpoint in sports. 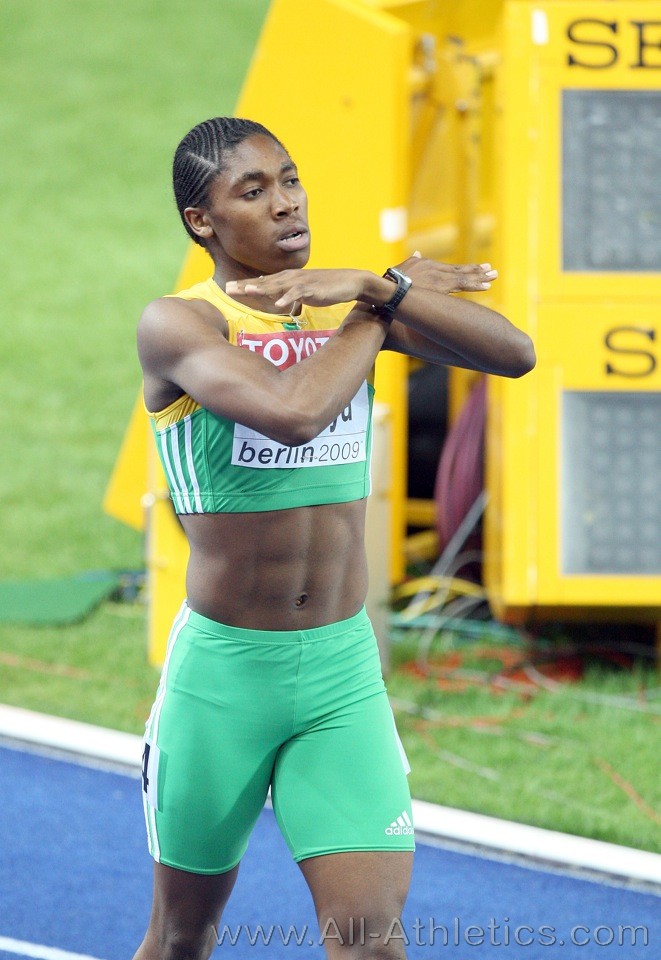 Caster Semenya is a South African runner who was born with sex differences that give her a naturally occurring level of testosterone that’s higher than most women have. She is the world’s fastest woman in the 800-meter race but has been banned from competing unless she takes drugs or has surgery to artificially lower her testosterone levels.

Semenya has refused to change her body chemistry in order to compete, saying she is tired of defending her status as a woman. As a result, this two-time Olympic gold medalist did not compete in the Tokyo Olympics last year.

“That’s bullshit,” Lauer says. “That’s how she was born and she is a female.”

Lauer says that even though some trans and intersex athletes have been very successful, no one has the exact same chances in any sport.

“I practice just as much as everyone else in our team, but there’s this one girl and she’s just better than everyone else,” Lauer says.

Lauer said having a transgendered athlete as a teammate would not bother her.

“It is none of my business, and I don’t care what you do and who you do it with. As long as you are a good teammate, I’ll support you,” she says.

McClure said she believes that there are similarities between Lia Thomas, and other transgender athletes in the 21st century, and color-barrier breakers in sports, such as Jackie Robinson.

While sports such as basketball, football and baseball have become racially mixed over the past 70 years, some sports, such as swimming and ice hockey, remain dominated by white athletes.

“I think at some point it will be irrelevant,” McClure says of objections to trans athletes.

Jacob Trasen and Juan Baeza are reporters for New Mexico News Port and can be reached at nmnewsport@gmail.com.