A year ago, Earth and Planetary Sciences major Cheyenne Livingston, 23, was struggling to finish her homework but more pressingly, she had to find a place to  park overnight, because she was living in her car.

“It definitely broke my spirit,” says Livingston, who lived in her 2016 Chevrolet Impala for two weeks after her junior semester began in August 2020.

“It affected my grades a lot,” she says, but the stress on her mental and emotional health was worse because it made her wonder if she’d be able to finish her degree.

Livingston’s predicament is more common than one might expect. According to a recent UNM survey, 1.5% of UNM students experienced homelessness or risk of homelessness in the past year.

More than 43% of students said they experienced housing insecurity, which can be a precursor of homelessness, according to the Basic Needs Research report.

Sarita Cargas, an associate professor in UNM’s honors college, conducted the Basic Needs research reports in 2020 and 2021 to discover the level of food and housing insecurity on campus.

Cargas says she was surprised to find  housing insecurity rates of at least 25%  among students of all races, indicating the issue is widespread.

Defining homelessness varies and is quite difficult, Cargas says, but she and her team described a student as experiencing homelessness if they had spent at least one night in treatment or shelter facilities, temporarily stayed at a friend or relatives’ house, or slept in any outdoor or indoor space not appropriate for human habitation.

“Couch-surfing was not one of my resolutions for the new year, but when my rent increased from $1,450 to $2,100, even my scholarships couldn’t cover that,” Frank says. 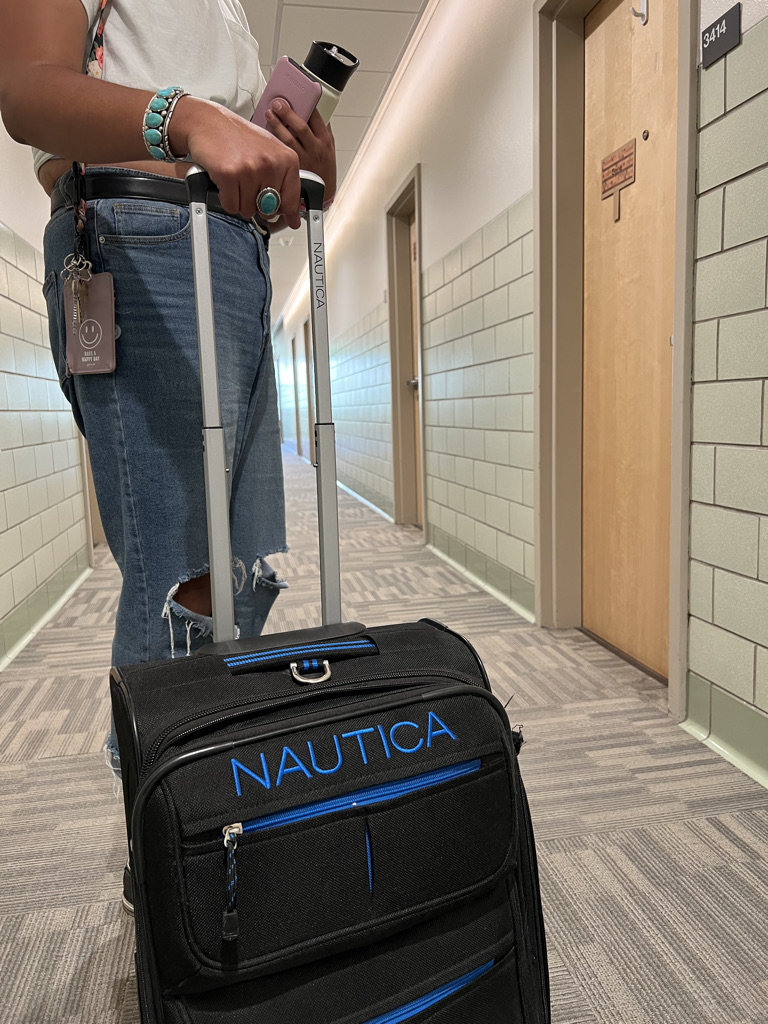 1.5% of UNM students experienced homelessness or risk of homelessness in the past year. Taylor Gibson / New Mexico News Port

Frank bounced from one friend’s house to another so he wouldn’t have to take out student loans to pay for living expenses.

“I tried my best during that time to remain focused and healthy, but I struggled to consume three meals a day and had to work part-time to pay for gas to get to and from school.”

As a Native American student, Frank belongs to one of the  top three minority groups at UNM most susceptible to homelessness, following African American and Hispanic students.

Director of Residence Life & Student Housing Megan Chibanga says her office is open year-round and she tries to proactively help students who might be at risk of losing their housing.

Cargas says that despite resources on campus like the Lobo Food Pantry, one in five UNM students experience food and housing security, which she describes as a “double burden.”

Federal stimulus funds and programs like food stamps have helped to ease some of this struggle, “but the pandemic has also brought about other basic needs insecurities and mental frustrations that cause disenrollment,” Cargas says. 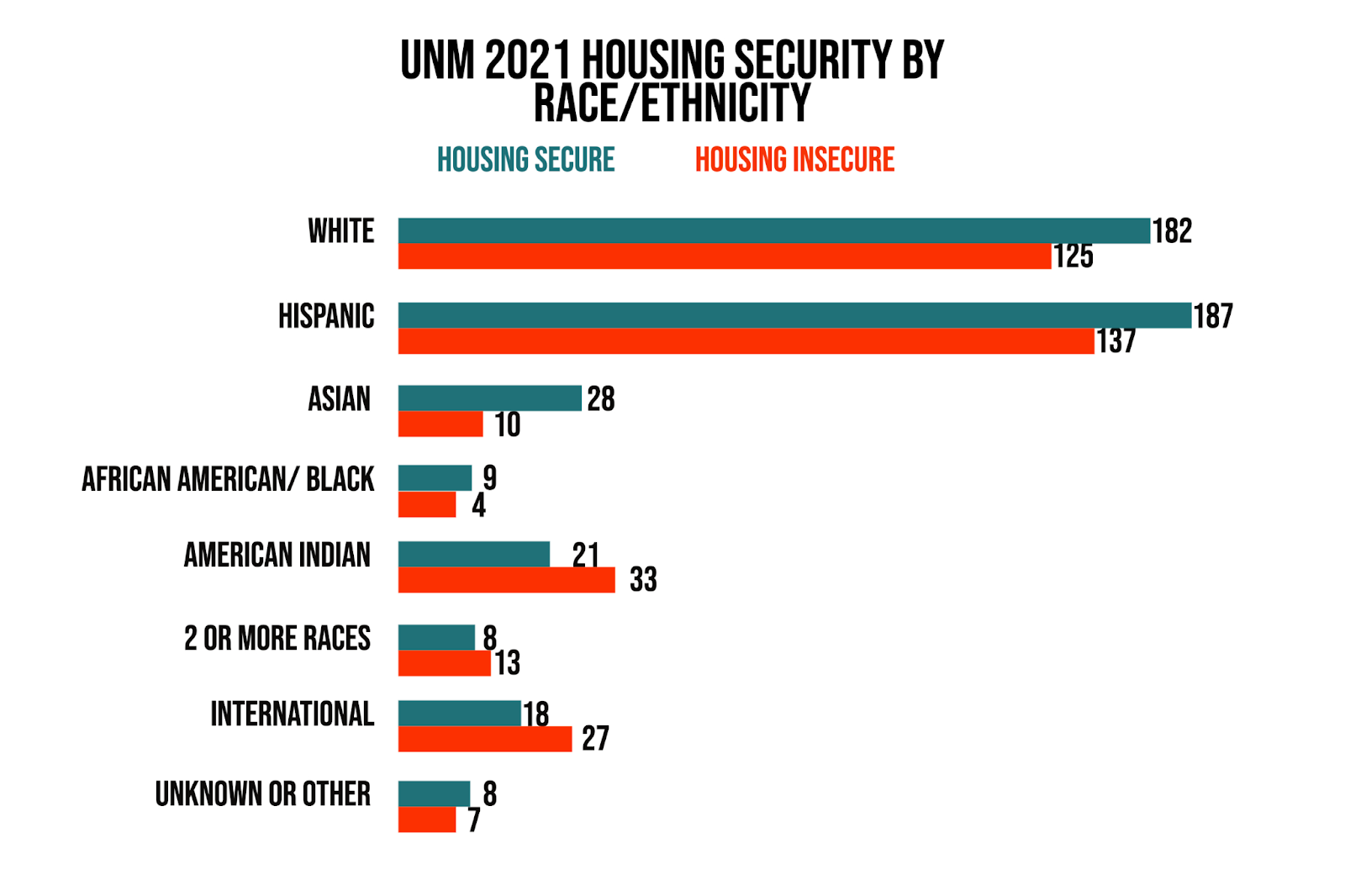 College housing is an important piece of the overall college experience, experts say, allowing for independence and a space for students to fully focus on their studies.

Across the country, students who live on their college campus are more likely to graduate and have higher GPAs than those who don’t. Campus living makes it easier for students to participate in activities and events, and access resources on campus.

Chibanga says that students worried about housing should reach out to Residence Life and Student Housing  as soon as they realize there might be an issue. Staff will do as much as they can to help with resources on and off campus.

Students are looking out for each other, too.

“Admitting you are homeless is embarrassing and uncomfortable,” Frank says, adding that he’s glad he asked for  help when he really needed it. “Now if I see any student struggling I help anyway I can,” Frank.

Taylor A. Gibson is a reporter for New Mexico News Port and can be reached at nmnewsport@gmail.com.